RSS
This years UK December issue of Vogue sees supermodel Kate Moss grace the cover for the 34th time! That is some achievement, many stars and models would be privileged to be chosen to be on a Vogue cover once in their lifetime. But at nearly 40 years of age, Moss  has a string of Vogue covers under her belt. 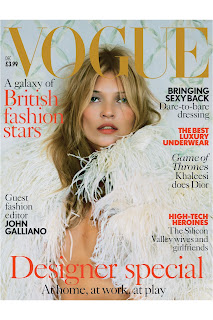 The photo shoot for the December issue was photographed by the talented Tim Walker and was styled and directed by designer John Galliano. Galliano acted as a guest editor for the issue which celebrates British fashion designers. UK Vogue editor Alexandra Shulman said when she asked Galliano to describe his concept for the shoot in a few words she "hadn't expected such a vivid picture to arrive". So it is sure to be a creative and interesting issue which I will definitely be grabbing off the shelves. 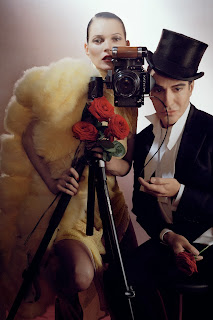