RSS
Kim Kardashian announced that she is auctioning off some of her designer clothing on ebay to help aid the tragic Typhoon in the Philippines. However, her charitable efforts seem to be causing some controversy after it was reported that Kim is only donating 10% of the proceeds from her auction to charity. 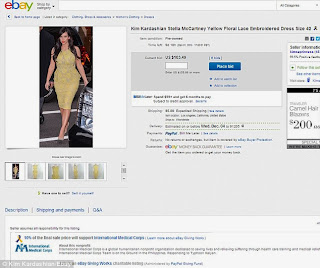 For some one who has a reported net worth of $40million, it is causing quite a stir why she would only give a small portion of proceeds to the cause, when there are celebrities such as Victoria Beckham who tweeted a picture of the endless amount of shoes she is selflessly donating to a charity shop in aid of the Philippines. 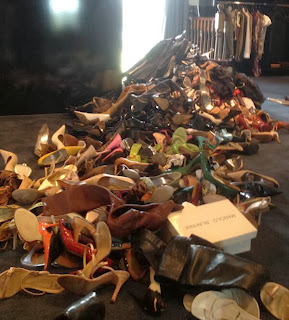 Kim posted this to her own blog yesterday:
" Hi guys, this is a very special auction because a portion of the proceeds of my eBay auction are going to International Medical Corps, which is a nonprofit organization that provides critical health services on remote islands where families are struggling to access medical care and basic resources like food, clean drinking water and vital medications. The proceeds will go directly to the communities they’re serving in the Philippines and will help typhoon survivors get access to medical care and ultimately save lives. My prayers and thoughts are with those affected by the typhoon. Check out my eBay auction here and support those who need our help in the Philippines. Xo". 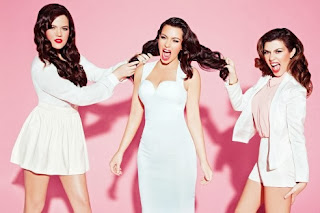